This is where serious copywriters get into a virtual room. Someone tosses out a bit of copy. Then, writers like myself swarm it like sharks on a wounded fish.

Much nicer than their client’s customers would be… as you’ll see in a minute.

We grade it based on quite a lot of strategic criteria. More than what appears at the surface.

Anyway. Someone submitted a bit of copy along the lines of…

“Are you prone to catching colds? ColdBeGone’s patented, FDA approved formula magnetically attracts colds before they can enter your system. Take advantage of your FREE trial and never catch a cold again!”

That wasn’t the ad, but similar to the point.

The idea of our meeting is to give feedback and one suggestion to make it stronger.

What did I say?

Take out the part where it says, “and never catch a cold again.”

I don’t think it was too popular an idea with the group.

To some, that was the strongest part of the line. After all, who wouldn’t pass up a chance to never catch a cold again, right? It’s kind of the big promise their making.

Still, I think some thought I was crazy for that suggestion.

And you know what? I don’t care, because there’s one thing which will kill off your copy before it gets into your customer’s system.

Think about it, what drug, company, or person could ever make the claim you’ll NEVER catch a cold again?

None. Because it’s medically impossible.

So making that kind of claim might sound marketing sexy, but it’s a flat out lie.

And that, I just won’t do for any client.

Ethics aside, all it does is spark a little grain of doubt in your customer.

If they think on it any amount at all, they’ll begin to read your material with a suspicious eye.

They found mistrust once. You’ve trained them to read your marketing with a raised brow. And now they’ve started the quest to find more.

If they find it?  There gone.

Hey, it’s no different than those e-mails which start out, “Hi Friend…”

When they’ve never spoken or written to you ever before in your life.

How can they be a friend?

Might as well be a toothy grinned used car salesman, dressed in a sports jacket, swinging a gold chain across a hairy chest, extending his hand while chomping the last swallow of pepperoni pizza asking…

These two stumblers are pretty easy to spot. But, there are other types which can swim around your copy almost invisible to the naked eye.

And, if you’re not careful, the best product will get the “Goldfish tail swoosh.”

Never herd of that one?

Probably because I just made it up.

But, it has merit.

According to those who know how to measure such things, the average person today has less attention span than a Goldfish, which is apparently nine seconds.

Humans rank in around a whopping eight seconds.

This is being far generous. According to other studies. Some show human attention spans have dropped as low as three seconds.

Just think of your e-mails in-box.

It takes you less than THREE SECONDS to delete several e-mails a day with cheap, gaudy subject lines, right?

So, you can see the importance of building trust in your SHORT OR LONG FORM copy.

Or, you’ll feel the Goldfish’s tailfin swoosh in front of your face in search of your competitor.

Someone who doesn’t have trust issues built in their marketing copy.

And that’s why I do what I do.

So if you’re not sure whether there’s nasty little issues swimming around your copy?

When I do a diagnostic site review, they are just one of more than 48 point checks to ensure your web site is trustworthy and up to par.

A quick call or e-mail to me moves you towards getting on the schedule, ensuring you have a healthy web site. 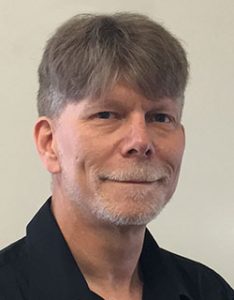 Brad is a member of:

When it comes to B2B marketing, it’s not cold business. It’s still about the human factor. For example, once upon a cable TV plan, my dad was paying over $100 per month to glare at more commercials than programming. We stopped the madness. I … END_OF_DOCUMENT_TOKEN_TO_BE_REPLACED

My dad is getting up in years. He watches a lot of TV these days. He was paying the cable company over $100 per month to broadcast more commercials than programming over hundreds of channels. From a business model, making someone pay monthly for the … END_OF_DOCUMENT_TOKEN_TO_BE_REPLACED

We’ve heard it all… People have the attentions span of a goldfish, about 8-seconds. Maybe a gnat. We get it, it’s short. We hear smart device usage lords over desktops by 67%… 78%… and according to a recent article in fortune.com, 85%. Again, we … END_OF_DOCUMENT_TOKEN_TO_BE_REPLACED

You can tell someone loves their work when it shows up in every activity of their life. For me, I find marketing nuggets any place I go. And this place is no exception. besides a B2B sales and marketing copywriter, I’m a performing songwriter. One … END_OF_DOCUMENT_TOKEN_TO_BE_REPLACED

Little rant disclosure here. But don't think you'll mind. I don’t know about you, but I’ve noticed a trend in my in-box. And, I love it to bits.  And if you’re on your game, you will too. Because your competitors just might be falling for this … END_OF_DOCUMENT_TOKEN_TO_BE_REPLACED